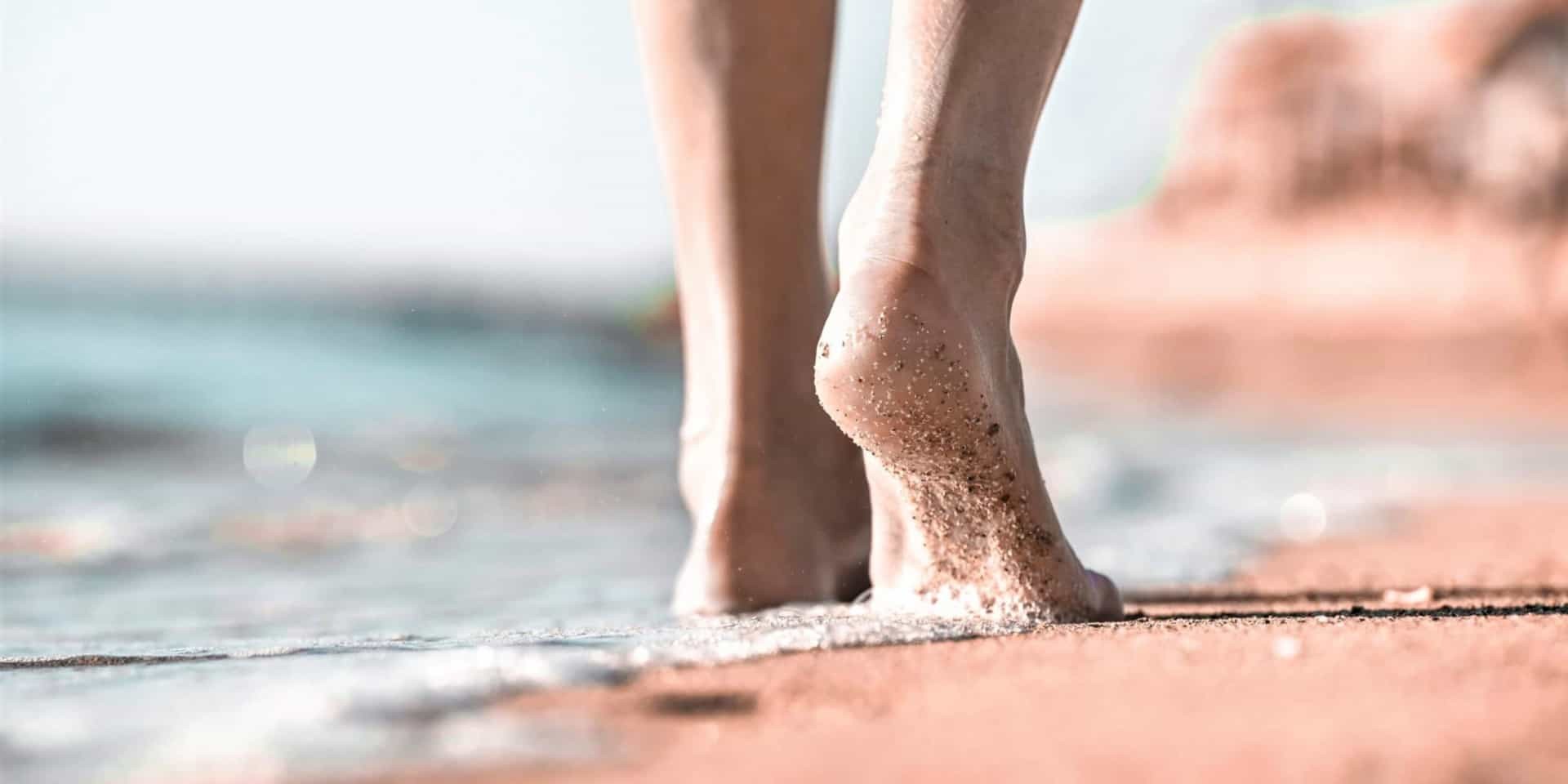 Find balance on a cellular level by connecting with the earth

How can earthing nourish you?

Earthing, or grounding, is the act of physically bringing oneself in connection to the earth to receive therapeutic benefits. It has potential as a preventative modality as well as a therapy, as it seeks to balance the electrical energy in the body and produce a ‘healing effect at the cellular level[1]’.

This modality relies on the negative electrical charge of the earth, due to its atmospheric pressure and the lightning strikes it receives[2] and resulting in the earth’s surface emitting free electrons. When a person engages in earthing, the free electrons are able to flow into the body and eliminate free radicals[3], which have a known link to aging and certain chronic diseases. This is understood to create a ‘stable internal bioelectrical environment’ that promotes the healthy functioning of the body.

The essence of earthing is to place oneself in contact with nature, with no physical barrier. The practice is customisable and can be performed in many different methods, with common forms including walking barefoot, lying on the ground, or being submerged in water. When access to the outdoors is not possible, Earthing can be practised by using equipment such as earthing mats, blankets and even bed pads. These tools are connected to an electrical outlet to create an electrical charge that ‘replicates the physical connectivity[4]’ of being outdoors in nature.

The concept of using earth’s energy as a healing source was identified as early as the late 1800s, but it was only through Mr Clint Ober[5]’s observations in the 1990s that earthing was re-introduced to the world. As a cable television executive, Mr Ober understood that electrical items needed to be connected to the earth in order to function optimally. He realised that modern society and its use of synthetic materials in shoes meant that people were no longer connecting with the stabilising energy of the earth. Through experiments conducted on himself and others, Mr Ober found that earthing assisted his sleep and reduced his own chronic pain.

The Earthing Institute[6] is an international organisation that provides knowledge about earthing, and coordinates research into the modality.

There is a growing body of research on the impacts and benefits of earthing. A 2020 review considered the available evidence, and suggested that earthing could reduce inflammation, pain and stress, while improving blood flow, energy, quality of sleep and wellbeing[7]. Given this, the authors advocated for health professionals to recommend it to patients alongside other preventative health advice such as good nutrition and exercise.

Studies that have examined earthing have been small-scale studies, but many described results showing that earthing impacts the body at a cellular level. Studies have considered the effectiveness of earthing on Delayed-Onset Muscle Soreness (DOMS) caused by inflammation in the muscles, with one finding that blood marker results indicated that Earthing encouraged a healing effect[8], and the other reporting lessened inflammation in the muscles and a shorter recovery time[9]. Another study that used earthing to treat wounds reported that healing occurred at a quicker rate, with signs of inflammation in the wounds either reduced or eliminated[10]. The researchers noted that these were positive results, particularly given inflammation is linked to a wide range of common chronic diseases such as heart disease and diabetes.

Given the burden of chronic diseases on the world’s population, the potential use of earthing to assist such diseases is of great interest to researchers, with further trials recommended. In a pilot study, increased blood viscosity, or thickness, was noted by some researchers to be a ‘forgotten risk factor’ of cardiovascular disease. In using earthing as an intervention in the study, researchers found that it ‘increases the surface charge on red blood cells and thereby reduces blood viscosity and clumping[11]’.

Yet another trial suggested that earthing is a useful tool to support people in their everyday working lives. A randomised controlled trial involving 16 massage therapists found that it benefited those in higher stress situations by providing them with extra energy. Additionally, it promoted relaxation and assisted those experiencing higher levels of pain by reducing their anxiety and depression, and improving their quality of sleep[12].

Earthing may assist in relieving symptoms related to:

What to expect from an earthing session

Earthing can be practised at any time, in any place, and alongside other complementary therapies. A large advantage of earthing is that you do not even need to be focused on seeking the benefits, as simply walking barefoot outdoors will allow the healing energy from the earth to flow into your body. It can even be practised while working at your desk, or while sleeping with the assistance of earthing mats.

At least initially, the effects of earthing are described as occurring at an internal, or cellular level. As such, you are not likely to see immediate physical change, but you may feel more balanced and centred, or less stressed[13]. It is recommended that earthing be practised for at least half an hour each day[14] to access significant health benefits.

As a non-invasive modality, earthing is considered to be a low-risk activity. However, as earthing may have an effect on blood viscosity[15], those who are on medications to thin the blood should seek advice from their medical practitioner prior to beginning earthing. Regardless of whether you have any health conditions, it is always advisable to consult with your medical practitioner before commencing any complementary therapy including earthing.