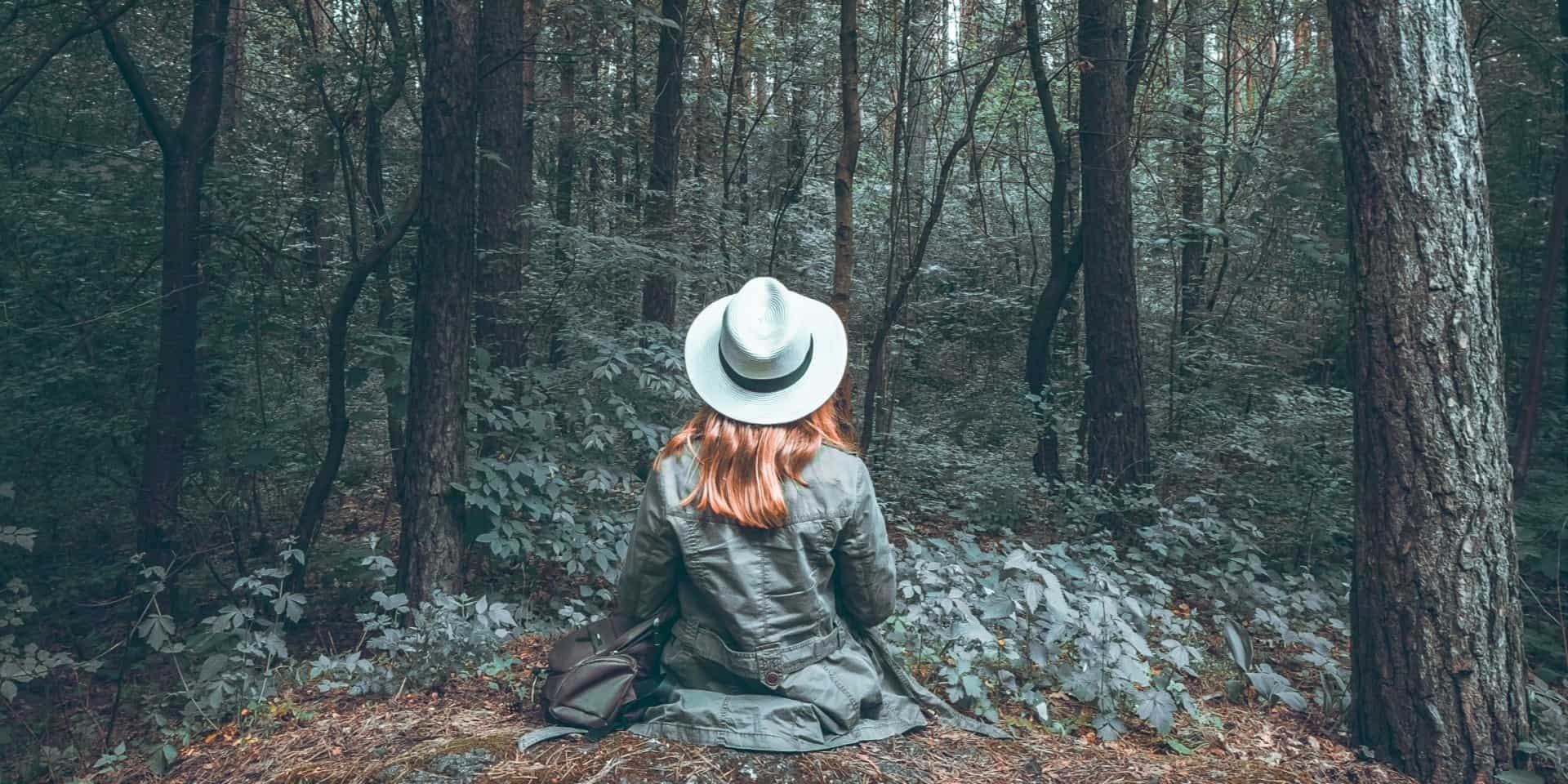 Forest therapists near you

How can forest therapy nourish you?

Forest therapy is the practice of spending time in nature with the intention of connecting with it in a way that invites healing. It involves taking the time to experience nature with the five senses of sight, hearing, taste, smell and touch[1] and giving the forest access to our emotional, physical, psychological, and spiritual being.

This practice first originated in Japan in the 1980s[2], as a response to the public health crisis where Japanese officials turned to nature to try and counteract the dangers of stress, depression and burnout. In Japan, it is known as Shinrin-Yoku, with “shinrin” in Japanese meaning forest and “yoku” meaning bath. It is increasing in popularity worldwide, with Australian government departments promoting Forest Therapy as a means to “lower heart rate and blood pressure, reduce stress, boost the immune system, and improve overall feelings of wellbeing[3]”.

While there are known benefits from being in nature, forest therapy is different from outdoor activities such as hiking or even bushwalking. More than simply an activity, it is intended to be a practice where one builds a partnership with nature[4] and learns to treat it with care and tenderness, instead of treating it simply as a resource from which to obtain benefits.

The peak body for forest bathing in Australia is the International Nature and Forest Therapy Alliance[5] (INFTA), while an established international organisation with Australian presence is the Association of Nature and Forest Therapy Guides and Programs[6]. Guides with INFTA certification are required to complete a six-month training course, so for a session of the best quality, choose a guide who is certified and accredited by a peak organisation.

The exposure to natural stimuli such as plants, woods, and water that comes with forest therapy is regarded as a health promotion strategy. A wealth of research verifies the psychological and physiological benefits of green spaces[7], while a 2017 literature review on forest therapy found that natural environments may facilitate positive health benefits[8] such as reduced heart rate and blood pressure, with some participants reporting a sense of safety and calm following their exposure to nature.

This modality may also encourage improved wellbeing, given forest environments have been shown to enhance recovery from stress and fatigue which can assist in the prevention of depression and stress-related health problems[9]. Interestingly, a number of studies suggest that the benefits of forest therapy may be greater for people with known alcohol addictions[10] or depressive tendencies[11], with those with depressive tendencies showing significantly greater improvements in their mood states following the intervention.

Forest therapy may also aid with specific conditions such as Chronic Obstructive Pulmonary Disease (COPD), hypertension and mental health concerns. In elderly people with COPD, a study of forest bathing found that it reduced inflammation and stress levels[12], while other studies recommend it as an enjoyable complementary approach to controlling hypertension[13] for older adults. This was as one session recorded a reduction in the blood pressure, pulse rate and anxiety levels of those with pre-hypertension or hypertension, as well as a positive increase in mood.

People who have been diagnosed with mental health disorders may also find forest therapy valuable. A 2019 Polish study considered the effects of Forest Therapy on people diagnosed and hospitalised with affective and psychotic disorders and reported that it had a positive effect on patients’ mental health[14]. Patients reported significantly lower levels of anxiety, depression and confusion and improved mood.

Forest therapy may assist in relieving symptoms related to:

What to expect from a forest bathing session

Forest therapy can be enjoyed individually, or in groups with a guide, and the structure and activities that will be done differs based on the guide. A basic session usually lasts for a few hours, while some places offer forest therapy as part of a multi-day program.

Generally, forest therapy includes activities such as walking through the forest at a gentle and steady pace, viewing and soaking in the landscape and actively noticing your surroundings. Your guide may lead you in relaxation, breathing or mindfulness activities, and invite you to take a seat in the forest to be still and cultivate awareness[16]. Some guided sessions may also include a sharing component, where participants can share what they are noticing, how they are feeling, or choose to remain silent.

You are likely to be requested to turn off your mobile devices or refrain from bringing technology[17] or other distractions, so that you can fully engage in the experience. At the end of the session, you should quietly acknowledge all that the forest has given to you[18].

While forest therapy is a non-invasive, gentle modality which is unlikely to cause any adverse effects, it is always important to consult your medical professional before commencing. If you have an injury, health issue, or any concerns, do inform your guide who will be happy to address these and explore how the session can be adjusted to best suit your requirements.