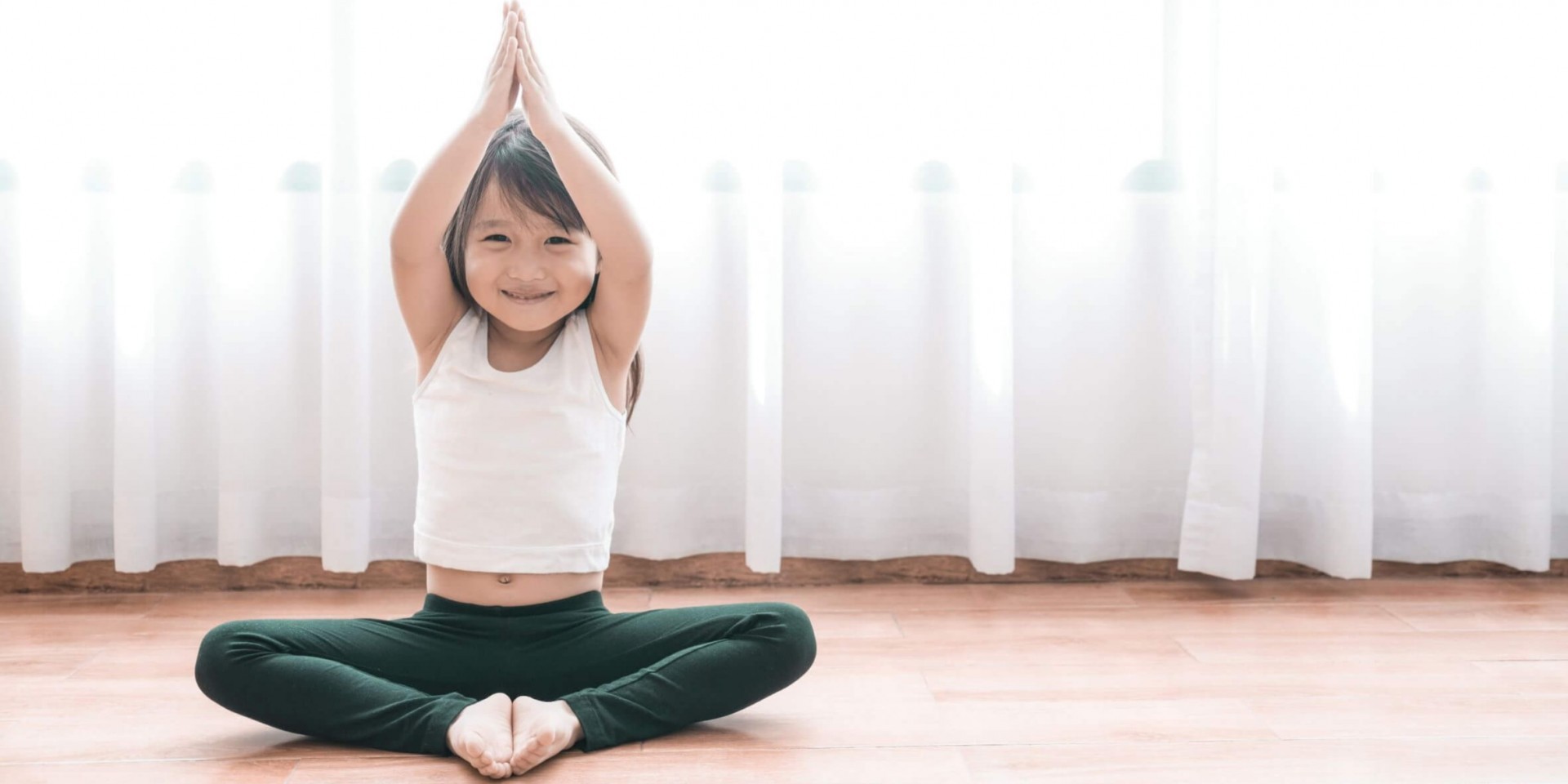 What is yoga other than the human desire to overcome the darker parts of our nature, the constrictions and the pain, expressed through sacred poses of the body? It is a celebration of the divine within and without. Using the breath through Pranayama, the body through Asana, and the intention through Drishti, we move incrementally towards the light and away from the pain that is an inevitable part of being human.

Clearly, then, the earlier we are able to introduce the capacity of every human to move beyond the sorrow, the trauma and the deep darkness, the better. Isn’t it best to begin living from a healed perspective, or an enlightened position, as early in life as possible?

Yoga has been acknowledged in as many words as being fundamental to the progression of humanity. Amina Mohammed, Deputy Secretary General of the UN, has described yoga as directly supporting three founding pillars of the UN system - peace and security, human rights, and development.

“In the UN, our three pillars are stressed and therefore require us to be even more resolute in our service to humanity. Therefore, physical and mental health must be at the core of our attention to ourselves. And this is where yoga can play a central role,” she said, while addressing the 2018 International Yoga Day celebrations in New York.

“Key elements of the body, mind and spirit woven into our human being allow us to know peace and tranquillity, giving a space in our minds for reflection which in turn allows us to be so much more productive and serving the values that we stand for,” she reflected.

If we can empower our children to digest life experience and make positive choices as early as possible, then we are laying the foundations for a brighter world. How can we help every human retain the natural health, enthusiasm, compassion and joy with which they were born?

Maybe the answer is yoga, a non-denominational science of human evolution that permits us all to regain our grip on the handlebars of our own sense of self, our health, happiness and our innate wisdom.

Yoga instruction is increasingly being offered throughout the human life cycle: from fertility, to the birth process, to mums and bubs, yoga for kids, for teens, and adult yoga. We even have Chair Yoga for the elderly and yoga for letting go when we are at the end of our human existence.

It is wonderful that yoga for children is increasingly becoming a part of school curriculums and early childhood learning. It is almost as if the world was waking up to the idea that the embodiment of health and happiness is equally important to the knowledge gained through reading, writing and arithmetic. And one of the ways to really cement this in young minds is yoga.

“In the mainstream education system, we’ll rarely receive tools that will help us be a happier or a healthier person,” says Gopala Amir Yaffe, founder of Rainbow Yoga. “We don’t learn how to release tension or how to focus and, in fact, we are not even taught how to study. That’s why yoga is the perfect match for schooling!” he observes.

There are no less than 243 yoga teachers registered as association members of Yoga Australia, and 1655 on the more international site, Yoga Alliance, as trained specialists in teaching yoga to children. Yoga teacher training for children is a boom industry, operated by committed yogis who see how crucial it is to bring yoga into the mix in a troubled world.

“One of the most frequent comments I receive from adult yoga practitioners and teachers, is that they would love to have had these yoga tools as a teenager," says Loraine Rushton, founder of Zenergy Yoga. “These tools are even more important for teens today than they were for previous generations: coping with stress, school or study problems, body image, depression and family conflict all have an impact,” she says. After 20 years and counting, Zenergy is the longest-running provider of children’s yoga education in Australia, so Loraine is a genuine authority on the subject.

With such serious considerations at stake, codes of conduct and appropriate training are fundamental aspects of teaching yoga to children. These subjects are covered in great detail by two peak bodies governing yoga teaching practice, Yoga Australia and Yoga Alliance. Once the serious stuff has been taken care of, yogis can get on with imparting this precious knowledge - kid style.

“When children imitate the movements and sounds of nature, they have a chance to get inside another being and imagine taking on its qualities,” says Yoga Journal’s, Marsha Wenig. “When they assume the pose of the lion (Simhasana) for example, they experience not only the power and behavior of the lion, but also their own sense of power: when to be aggressive, when to retreat,” she explains. “The physical movements introduce kids to yoga’s true meaning: union, expression, and honour for oneself and one’s part in the delicate web of life.”

Making yoga more accessible, more fun and helping kids become ‘stronger, calmer and wiser’ is what Cosmic Kids Yoga is all about. This YouTube channel features an incredible range of videos which are accessible to parents who can’t find a local class at the right time of day for their kids.

Yoga is dished up in as many ways as there are teachers out there and finding the right pathway for the little people in your life is simply a matter of exploration. You will be sure to find a program for that you and your children resonate with - and there couldn’t be a much better way to set them up for a life of happiness and stability.

Bring Out The Best In Your Child With Yoga | SoulAdvisor

Cate Peterson is the founder of YogaHive Collective, a yoga practitioner and teacher, and passionate advocate of bringing yoga to as many people as possible. 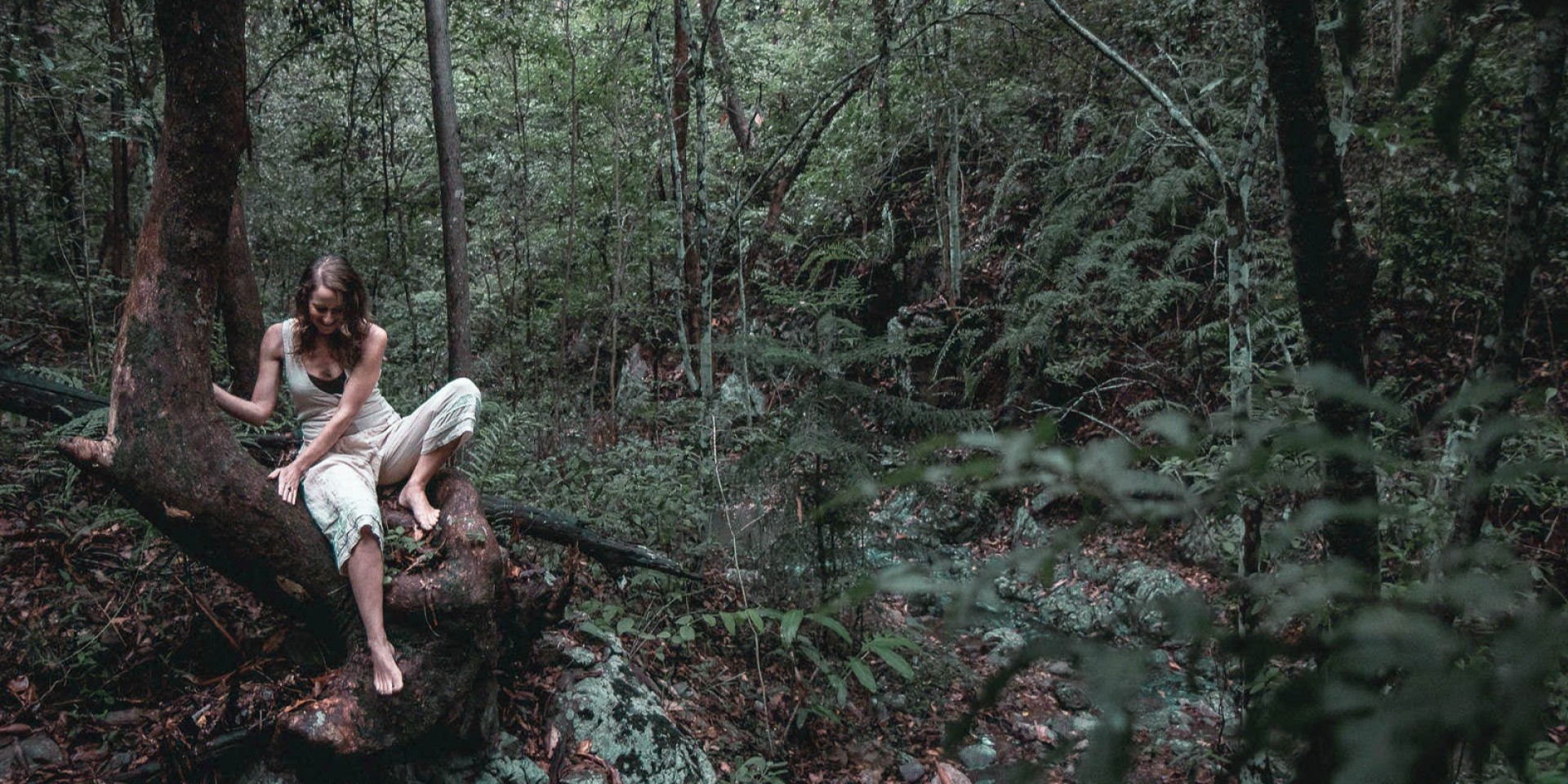 Reconnecting To Nature With Deep Listening

I love my job! My work as a Connecting to Country practitioner encompasses nature connection and deep listening practices with young people to attune their hearts to the [...] 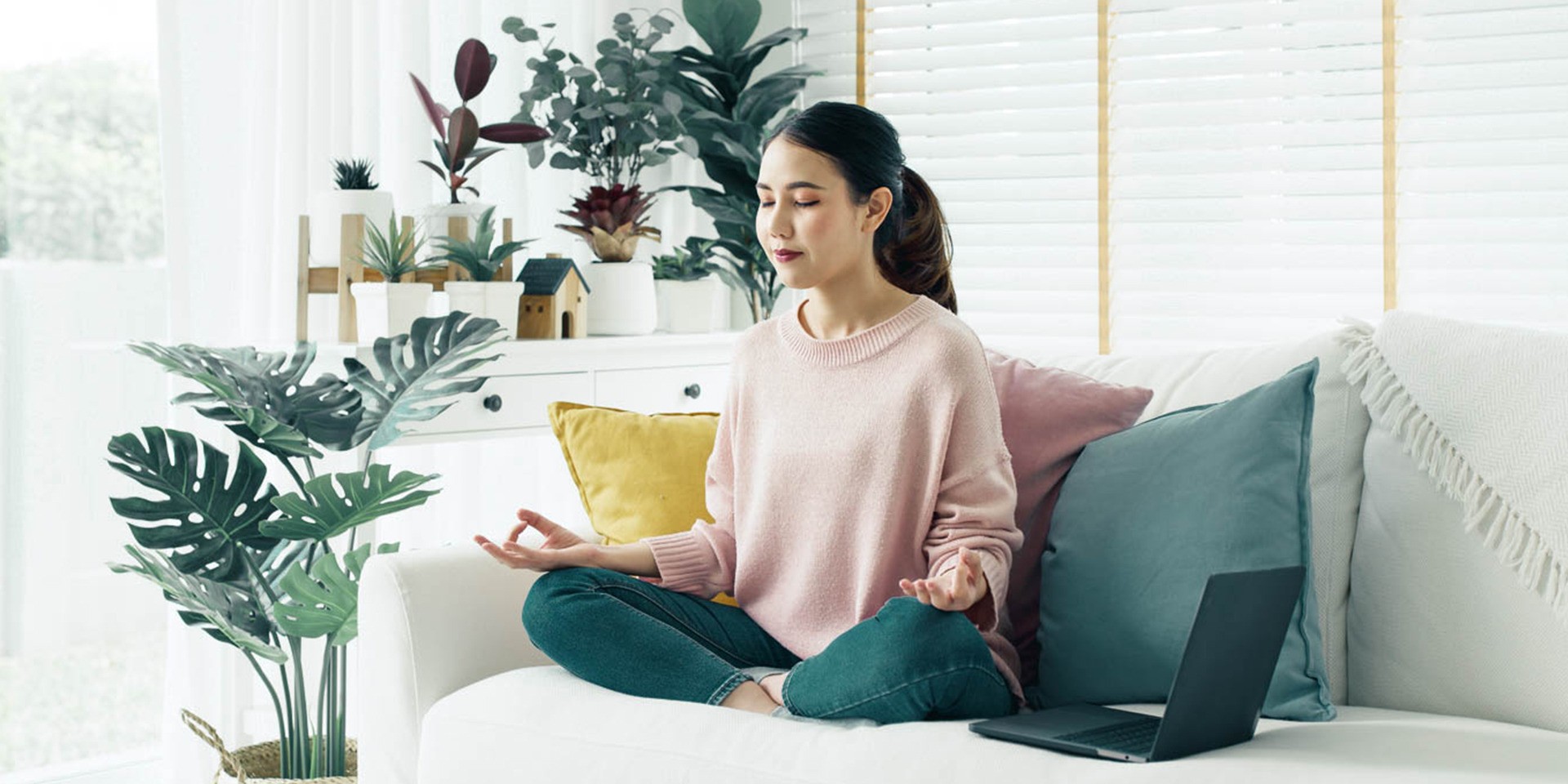 The use of reiki as a complementary therapy to help manage health conditions and improve wellbeing is growing, with reiki now being used in some hospitals in Australia[1] [...] 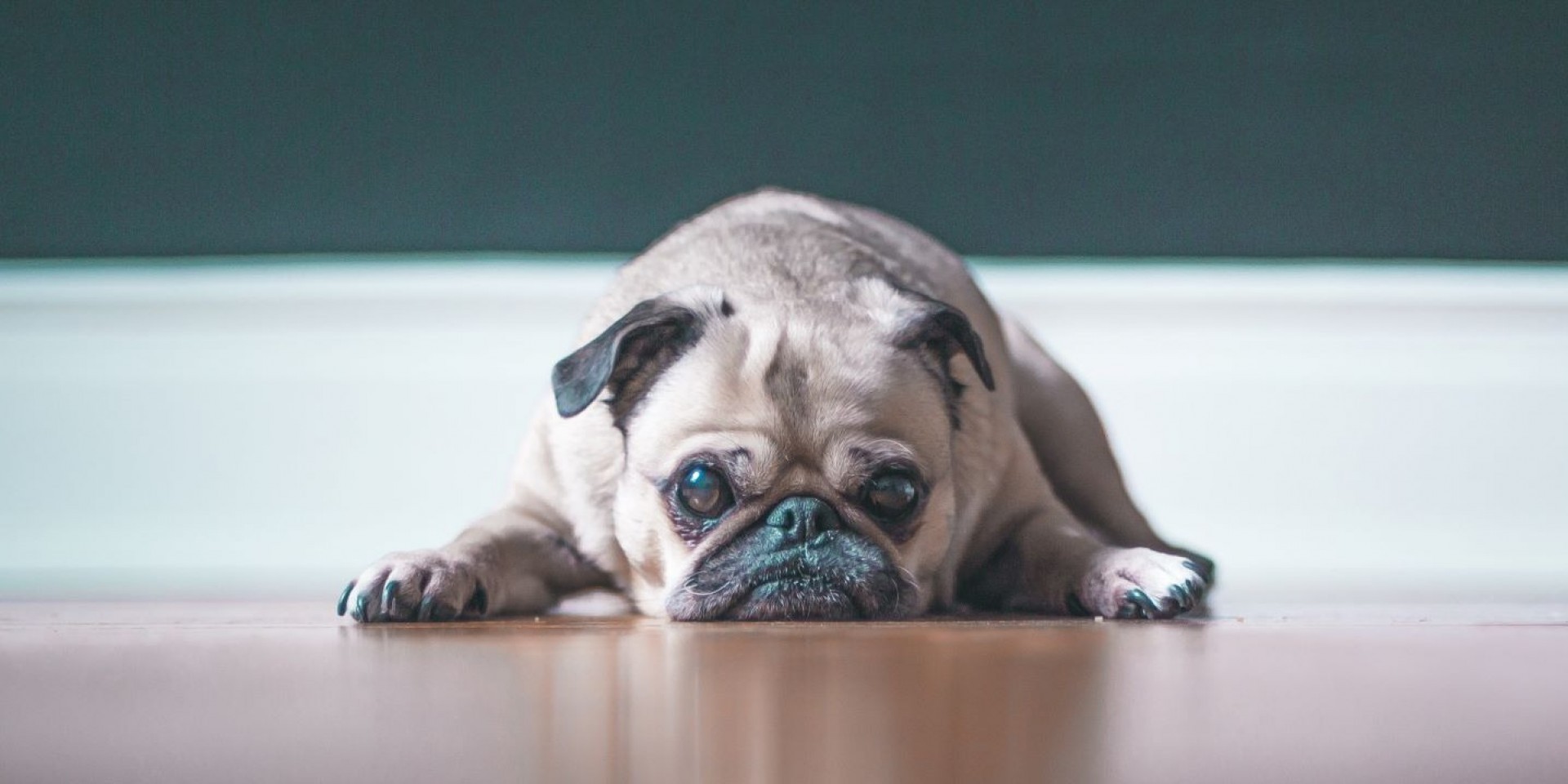 Learn How To Spot Signs Of Anxiety In Your Dog, And How To Help Them

Just like any of us, our dogs are also susceptible to anxiety. Unlike humans, they cannot communicate their feelings with words, so it’s important to pay attention to you [...]