A natural approach to balance energy through nutrition, massage, exercise and counselling 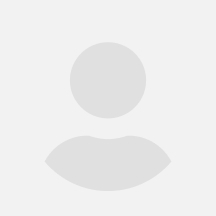 How can Polarity Therapy nourish your soul?

Polarity Therapy is a healing system based on the idea that illness starts from stuck energy. Polarity Therapy helps energy to flow so health flourishes. The term polarity refers to the scientific law that energy moves from a positive to a negative pole. The goal of Polarity Therapy is to encourage a continuous current of energy through a person so all areas are charged with vitality.

Polarity Therapy takes a holistic approach to facilitating the flow of energy through the body and consists of four main building blocks. Bodywork involves the therapist using various forms of touches to encourage the movement of energy, while counselling aims to clear energy blocked by negative thoughts and encourage self-awareness and growth. A cleansing diet that eases blockages caused by poor digestion is recommended, and ‘energy exercises’ focus on releasing tension in the body.

This modality was founded by Dr. Randolph Stone, who had a background as a Chiropractor, Osteopath and Naturopath. Dr. Stone drew on his knowledge of Western Medicine, and combined it with concepts of Ayurveda and Traditional Chinese Medicine to develop his specialised system in the 1920s.

Polarity Therapy is not a regulated modality, so for treatment of the best quality, choose practitioners with relevant qualifications, and ideally current professional membership with The American Polarity Therapy Association.

The premise underpinning Polarity Therapy is that blocked energy breeds all disease and sufficient life force can ease any physical or mental maladies. This modality is believed to bring one’s awareness to underlying causes of ailments such as stress and may assist one in releasing them to restore balance to the body.

Polarity Therapy may assist in relieving symptoms related to:

What to expect from a Polarity Therapy session

In the initial consultation, your therapist should work with you to identify issues and explain the therapy procedure. A typical session lasts approximately 60 to 90 minutes. The practitioner may prescribe a cleansing diet, yoga exercises, counselling and bodywork.

Polarity Therapy has been known to release energy or emotions that can cause laughter, tears, breathing changes, deep relaxation, hot or cold sensations and memory recall. A qualified Polarity Therapist will navigate you through these states to an empowered, peaceful place.

As with any exercise or wellness program, please consult your medical professional before commencing Polarity Therapy. If you have any concerns at all, also speak to your therapist, who will be happy to address these and evaluate whether Polarity Therapy is a suitable treatment for you.

How does Polarity Therapy work | polarity-therapy.org.au

Polarity Therapy - Who Invented It and What’s It Used For? l integrativehealthcare.org

Respite care for people with dementia and their carers | cochranelibrary.com